Focusing on the local, the last chance for a global transition 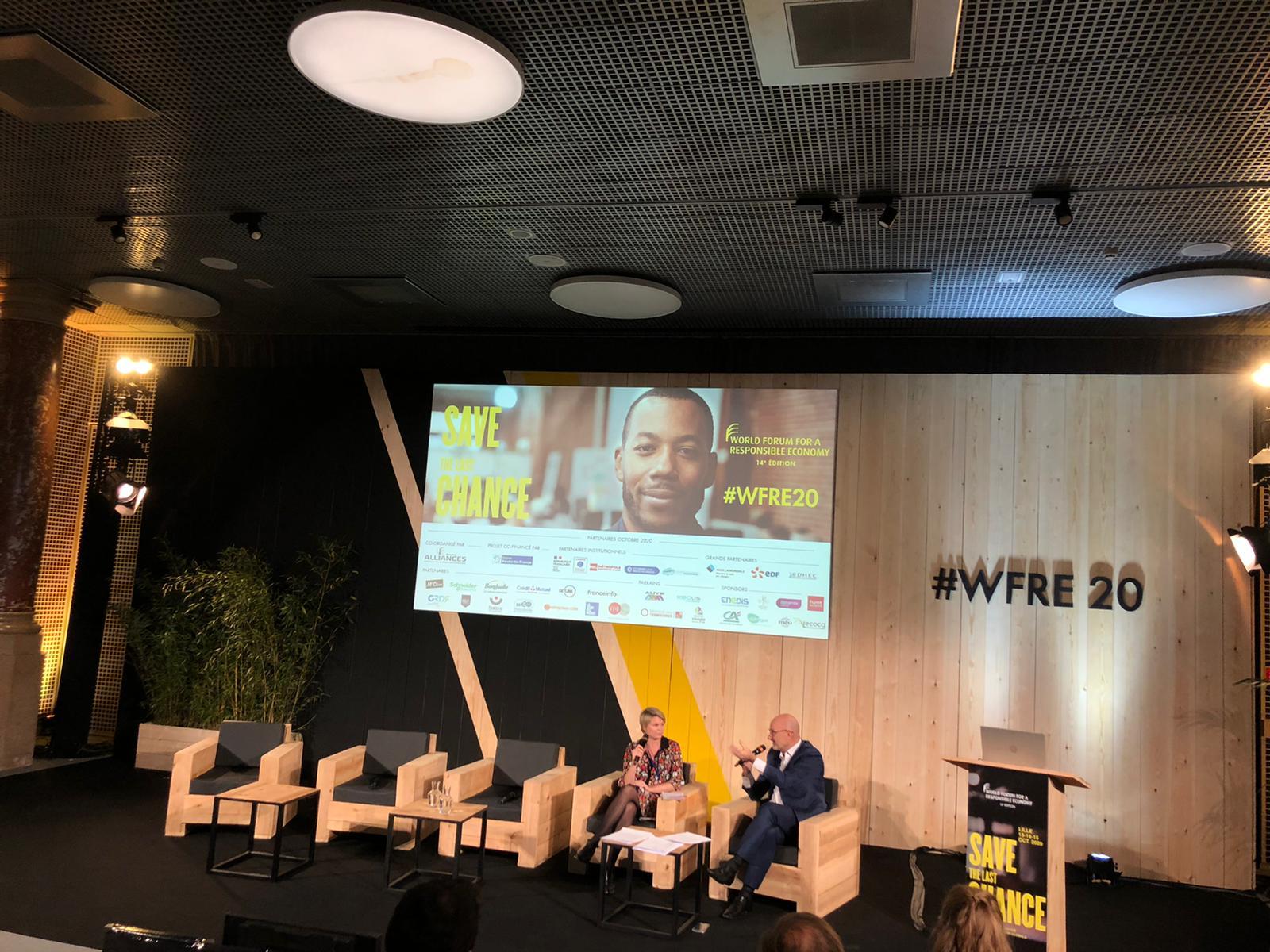 The last conference of the World Forum for a Responsible Economy was moderated by Jean-Michel Lobry and recalled the objectives and achievements of this 14th edition. Aside from a few technical and digital difficulties, it was a success for the organisers. It gathered more than 60 speakers, 40,000 viewers on television and 4,000 people who followed the live conferences during these three days.

Within all the subjects that were mentioned, two transversal themes seem to emerge.

First, a change in the scale of our actions in order to reinforce both local and global initiatives. As the speakers stated a few times during this last conference: “Let’s dare to deinstitutionalize!”

The theme of the social bond was mentioned as well. It was said that the different actors of the energy transition must reinforce their cooperation to create a productive synergy. But on what basis?

The study “Françaises, Français” from the BVA Group based on the testimonials of 3,000 French citizens and millions of newspapers, shows that most people wish to change the current capitalist and industrial system. Big firms are seen as creators of precariousness, unlike smaller firms (PME). But even though most citizens are expecting a change, many do not really believe in it. Hence why the transition must be inclusive.

The first part of the conference recalled the work of research groups who gathered the morning of the 15th to discuss four issues: circular economy, health, youth and energy renovation. These reflective sessions allowed for the drafting of plea papers that offer concrete measures for the transition.

The research group which focused on health suggested opening the debate to new actors and therefore encourage cooperation. They also proposed to map the health situation within the region. The research group on circular economy reflected on the redefinition and revalorisation of waste. The youth group wished to promote the place of young people in society in order to better involve them in the decision-making processes. Finally, the research group on energy renovation evoked a few ideas to achieve the transition from a local renovation to a more industrialized one. “We need an industrial answer to an industrial issue”. This requires training, industrialization and cooperation.

All in all, what these research groups showed is the desire for stronger cooperation between the different actors and an increase in the transformation’s speed.

Changing the scale means a deeper study of the political and macroeconomic dimensions. The MEP and rapporteur for the budget Pierre Larrouturou described his desire for a radical transformation. In order to “save the last chance”, he believes that we must invest quickly and quite a lot. Even though the European Commission has taken a major step with its thousand billion Transition Plan distributed over 10 years, it remains too little compared to the urgency of the situation. The MEP therefore suggests the creation of a “European Bank for the Transition”. He still recalls the key role that the territories play in this transition, since they are the places where relations are created.

The future of the World Forum

The World Forum does not only last three days, but rather all year long thanks to the Réseau Alliance which develops concrete projects like the Maison Super Locale, or “Super local House”. It is a house of “joyful ecology” which encourages sustainable economic projects and allows for social bonds to be formed. The first house of this kind will be rapidly set up in Roubaix.

The next World Forum edition will be organised with the Clean Tec group and will be accessible to a wide public. As Jean-Pierre Letartre pointed out, thinking about the different scales for action is the priority. We stand at a crucial stage: the one of the last chance, but also the one of all our hopes. Even though the World Forum is over for this year, the transition towards a sustainable economy has only begun.