"It’s time to get practical"

Ego Imperium. I have the power. The opening plenary of the World Forum for a Responsible Economy tells a story. It relates how I, how we, how they can make a difference today and tomorrow in a world where global issues seem far too remote for one to tackle individually. 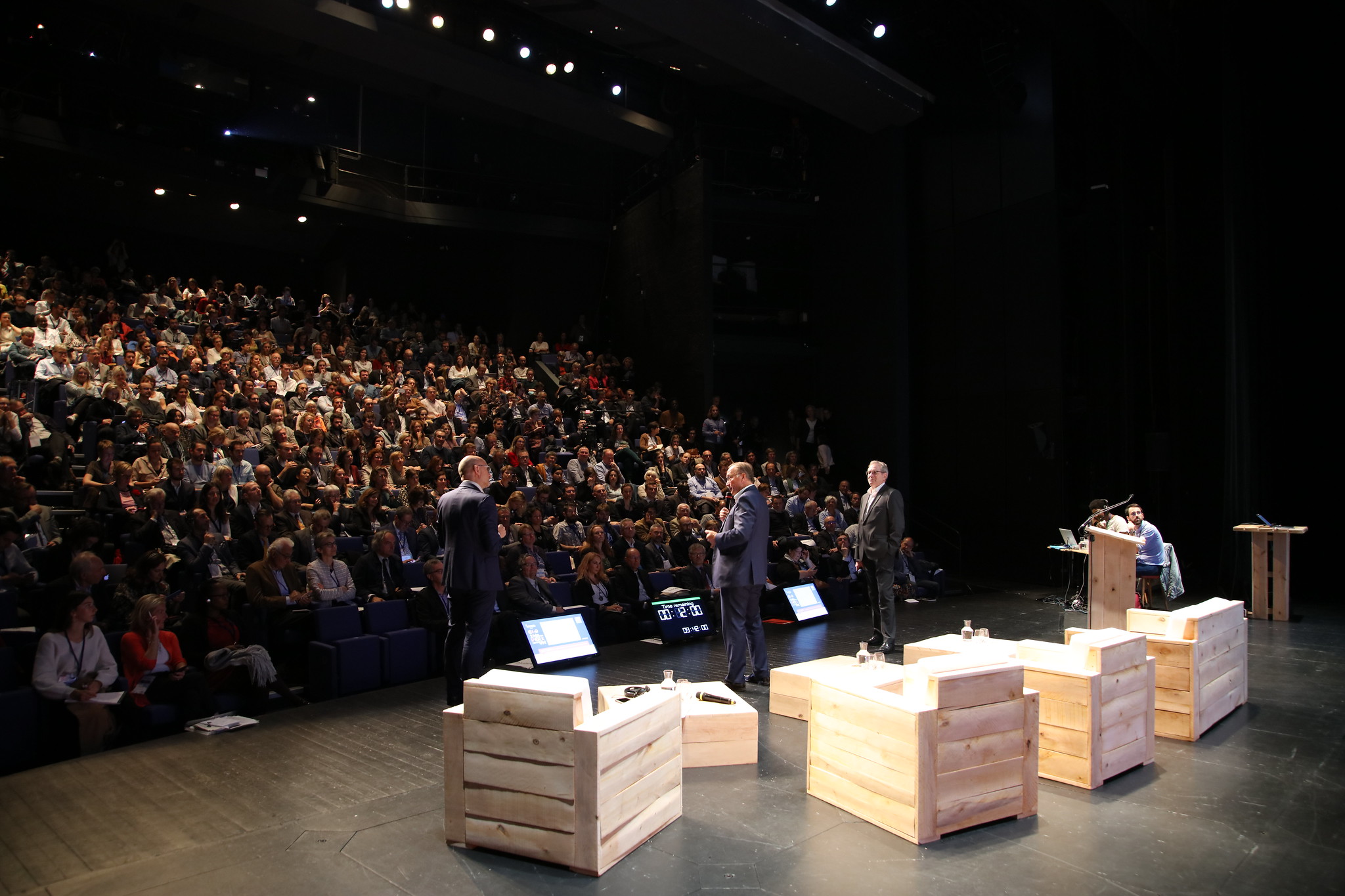 Change yourself before you change the world

“Deep down inside your heart and head, you want to change the world.” Bertrand Piccard, psychiatrist, world-record setter and a guest to the 2019 edition of the World Forum for a Responsible Economy started his talk with this simple yet powerful quote. It is a child’s dream in grown minds that none of us could give up. It does not matter how deep it is buried inside us, it is still there, waiting. Bertrand Piccard gives a compelling speech aimed at all of us as individuals. The very idea of changing the world might seem crazy. It might seem impossible. It inspires fear, fear to step out of our comfort zone, of our linear paths and careers. But we have to try. The man standing before our eyes has been in our stead. He tried, he failed, he tried again and eventually succeeded. Moving forward requires the boldness to go against people’s expectations, to be ready to fail, and to learn. The speech ends with an inspiring video clip that sums up Mr. Piccard’s career, from the stuttering beginnings to a kid’s dream come true. His individual inspiration and dedication finally developed into a global call for hope in new energies. If he did it, why can’t we?

1+1=3, the strength of positive collective action

Individual changes of mindset are a first step toward collective action. It is our story and we all have the opportunity to write it. On the stage, Heidi Solba, the leader of Let’s Do It! World, the organization in charge of the World Cleanup Day, and Dale Dougherty, president of Make: Community and organizer of Maker Faire, have exalting stories. They too, started by themselves to eventually reach more and more people throughout the planet. Their positive collective action both come from individuals adding up their singularities: it resulted in sets of matching and clashing interests that are the core of global movements. Bertrand Piccard emphasized how important it is that people with antithetical perceptions be allowed to discuss and create a third way. This is how, the 21 September 2019, 20.1 million people gathered throughout 180 countries for the World Cleanup Day. This is how, in 48 different countries, hundreds thousand people gathered in 200 Maker Faires to share kids' dream and turn them into reality. Beyond helping our planet by picking up waste at an unprecedented scale, beyond creating milestones in renewable energies, those collective projects bring back positive social interactions into our lives. “We want to feel good by doing good.”

The Egothon: what is my commitment?

Now, what is your commitment? How will you contribute to building a better working world? The essence of the 2019 World Forum for a Responsible Economy is conveyed by the Egothon. It is a call to get practical. Jean-Pierre Letartre, president of Réseau Alliances and the World Forum takes the first step. He decided to buy an electric bike instead of a second car to move around town. Philippe Vasseur, president of Mission rev3 commits to get involved in the local elections campaign in the Hauts-de-France so that rev3 measures become widespread. Heidi Solba commits to spreading her movement, “to be bold and to get bolder”. Bertrand Piccard commits to put forward 1,000 profitable solutions to preserve the environment. It is hard to emphasize enough how important this event is. It highlights each singular commitment to making the world a better working place and demonstrates that you are not alone in trying to disrupt the status quo. It should be a call to action for everyone.