5 DAY SPENT ENVISIONING
THE ECONOMY OF THE FUtuRE

Participate at this important gathering in pusuit of more responsible economy.

Discover the best responsible practices
promoted by compagnies and regions thourghout the world.

Meet with entrepreneurs,
who are redefining the company's role in society. 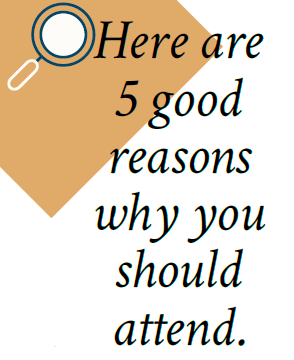 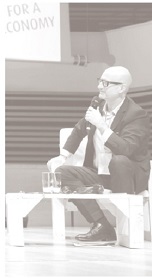 Our aim is to present solutions rather than identify problems. From the CEO of a large industrial group to the innovative entrepreneur, our speakers will demonstrate, by way of example, the successes of their personal investment in favor of a responsible economy.

Save time and learn tools to speed progress

With over 100 sessions offered per event, you'll discover new working methods, innovative processes to apply inside your company and short- and long-term practices to help change the way you do business.

You'll have the possibility to meet with experts, thanks to the groundwork laid by some 30 correspondents located across the world. This outreach has brought nearly 1,000 speakers from 85 countries to share their experience, a diversity making for very enriching exchanges year in year out

Given our various session formats, you'll have plenty of opportunity to discuss with participants representing your specific territory, providing you with the resources to tap into a network assembled within a community of responsible actors.

Take advantage of 20 years of expertise in the field!

The World Forum was launched in 2007 upon the initiative of the Alliances Network (Réseau Alliances) and its President, Philippe Vasseur, former journalist and French Minister. For over 20 years, we've been organizing companies in the Nord-Pas de Calais Region committed to supporting CSR strategies, in the aim of helping them optimize performance. This daily and neighborly form of assistance has offered us tremendous insight into corporate expectations.

Consult our interactive map to discover all our speakers.

EVERY YEAR, 5,000 PARTICIPANTS ARE SPEAKING YOUR LANGUAGE

Discover the first speakers on this year's Forum program

Program and registration available at the beginning of September
Follow us on social media and/or sign up for our newsletter to be kept informed of all event news!

"Convinced of the benefits to society from a universal basic income, this young German entrepreneur on his own created Mein Grundeinkommen, an association involved in experimenting with the basic income concept via a crowdfunding system."

"Specialist in strategy and problem resolution associated with corporate transformation, Roland Berger is one of the leading consulting firms on the international scene with 50 offices across Europe, Asia and the Americas."

"Founded in 1945, CARE International is one of the largest NGOs dedicated to humanitarian aid. CARE has adopted a global approach to fighting extreme poverty and defending access to basic human rights."

"At the helm of the world's leading provider of services to local and regional authorities, Antoine Frérot is convinced of the major role companies can play in combating climate change and moreover has lobbied strongly in favor of a circular economy. His corporate transformation plan has placed Véolia on a growth trajectory, in spite of these difficult economic times."

"This French startup proposes a networking service for companies and freelancers, via a platform that interfaces the employment marketplace with social media. Beyond the networking aspect, Hopwork facilitates freelance work by streamlining administrative procedures like contract set-up and payment."

"Clarisse IRIBAGIZA has received Forbes magazine's accolade as one of Africa's most promising entrepreneurs under 30. Her 'HeHe' innovation laboratory develops 'African phone apps for Africans', allowing companies to more easily reach out to their clients."

"SEWA intervenes to assist the self-employed experiencing precarious living conditions and moreover has participated in setting up an experimental campaign on universal basic income within a few Indian villages."

"Olli Kangas oversees the Finnish government's experimental project on universal basic income, which will be rolled out in one of the country's regions as of 2017 for an initial 2-year period."

"Rising to the top of France's organic foods market in its twenty-year existence, Léa Nature seeks to improve the state of wellness for a maximum number of people by simplifying access to healthy and natural products. Its founder, Charles Kloboukoff, would like to empower companies with a "good citizen" mission in promoting ‘a society less anonymous that refuses to limit its liability’."

"This e-learning service is intended to facilitate youth entry into the job market by enabling young people to study at their pace and gain access online to apprenticeship offers. A real success in its beta version, Slatecube aims to become a large-scale recruiting resource in creating a powerful social impact."

"The ADEME Agency plays a major role in implementing public policy relative to the environment, energy and sustainable development. Through its expertise, ADEME guides companies, local authorities and public agencies during all steps of their environmental decision-making and reporting."

"Since its creation in 1969, Natura has always placed sustainable development at the heart of its business activities. Now Brazil's largest cosmetics producer, Natura continues to stand out for its environmental commitments and protection of the nation's biodiversity."

"Epic Foundation collects donations for humanitarian associations active in the field and moreover provides donors with detailed information regarding how their funds are being used."

"BSCI is an initiative launched by a group of companies committed to improving working conditions throughout their international supply chains."

"Gawad Kalinga is an association engaged in fighting poverty in the Philippines by means of a global approach towards development and the construction of 'intentional communities'."

"This Danish firm utilizes the special attributes of those afflicted with autism as a competitive market advantage and a means to facilitating their social insertion."

"His movement, namely an economy for the common good, proposes a benchmark for measuring the level of responsibility and contribution among society's actors promoting development (using a set of original and unique criteria)."

"This environmental NGO is transforming the urban wasteland left by the city of Detroit's deindustrialization into parks, forests and urban farms. The underlying action program has involved both landscaping and training, in greatly mobilizing neighbors and students since 1989."

"Renowned economist and entrepreneur, Muhammad Yunus founded the first microfinance institution, Grameen Bank, a concept that earned him the 2006 Nobel Peace Prize. Mr. Yunus is also responsible for developing the Social Business concept and has created over 50 companies in Bangladesh."

"One of the pioneers of sustainable development. Beyond his extensive publications and teaching experience at prestigious universities, Simon Zadek is action-oriented, having effectively guided many companies in defining their CSR strategy."

"Metro AG's vision is closely linked to sustainability, and the Group has made strong commitments to protecting the environment and conserving our natural resources. Metro AG is convinced that Group activities must generate added value for society."

The Forum is being jointly organized with local partners, namely:

Focus of this edition

COMPANIES: WHAT PURPOSE DO THEY SERVE?

An economic, but also social responsibility: what is the role of companies? How far can it go? Are companies being asked too much...? Or could more be expected from them?

Does the development of "collaborative management" (now a thriving practice) serve to enhance corporate responsibility? How can company executives and employees become involved in approaches favoring corporate social responsibility (CSR)? Along these lines, which best practices demonstrate that such involvement to promote responsibility actually improves the company's economic performance?

To work together in a collaborative mode, companies assemble into networks. The goal here is no longer to simply organize a conventional relationship between prime contractors and subcontractors, but rather to design a chain of segmented functions under a common "umbrella". How and in what context do companies form and operate in a network configuration? Does this collaborative strategy provide a better way to take into account the interests of all stakeholders?

"Uberization" of the labor market

The "Uberization" of labor is encouraging, to some extent, the replacement of salaried personnel by other forms of employment. What is the feedback from companies (and their staffs) that have pursued this option? Is this trend being generalized to a point that leads to fewer company employees, yet with increasing numbers of individual entrepreneurs? What are the social consequences initiated by such a movement?

New technologies facilitate working off-site, whether at home or in dedicated shared spaces. This phenomenon primarily concerns telecommuting, but other modes of activity are being affected as well, like decentralized manufacturing with 3D printing.

What are the specific consequences (and outlook):

-       on both a company's organization and its earnings?

-       on the living conditions of telecommuters?

How are labor relations and the protocols for employee representation evolving as changes reshape the organization of companies, management and the labor market?

Does improving the well-being of company personnel really influence creativity and economic performance? Would it be possible to prove, e.g. through best practices, that "happy employees make for a winning company"?

Robots and artificial intelligence are - and will continue to be - increasingly present everywhere in companies. This begs the question: where are the humans, what is their role, and which jobs are they performing?

As robots and artificial intelligence more readily take over from humans in the workplace, what status will the human race be relegated to in society and what will be their means of subsistence? In a world where a greater number of tasks and functions will be accomplished by "machines", the burning issue will thus concern a "universal basic income". What lessons can be drawn from experiments conducted in various countries?

Which aspects make a particular territory more suitable than others for introducing a responsible economy?

-       How is it possible to create the conditions for a territorial dynamic capable of fostering responsible entrepreneurship?

-       What are the best territorial practices in the cities and regions where the Forum is being held (i.e. Lille, Strasbourg, Grenoble, La Rochelle)?

During the COP21 climate conference in Paris, decisions were announced on taking global action to combat climate change. A year later, what has been achieved at the local level? What progress has been observed within the various territories? Which initiatives have been led by public authorities and by the private sector?

How are public authorities, at all levels, able to incentivize companies to better integrate their social responsibilities? What are the most promising institutional and territorial frameworks? For example, which clauses relative to corporate responsibility can be inserted into public procurement calls for tender? Moreover, which tax incentives could be awarded in recognition of approaches aimed at corporate social responsibility?

Adopting incentives promoting responsible companies obviously raises the issue of evaluating the amount of "enhanced" CSR. How can a measurement be made of CSR and, by the same token, of the company's overall performance? Many indicators and labels are available. Their proliferation gives the impression of overkill. What is the appropriate course of action? Is it best to choose, synthesize or create new tools?