Auara, the mineral water producer that wants to solve the water crisis 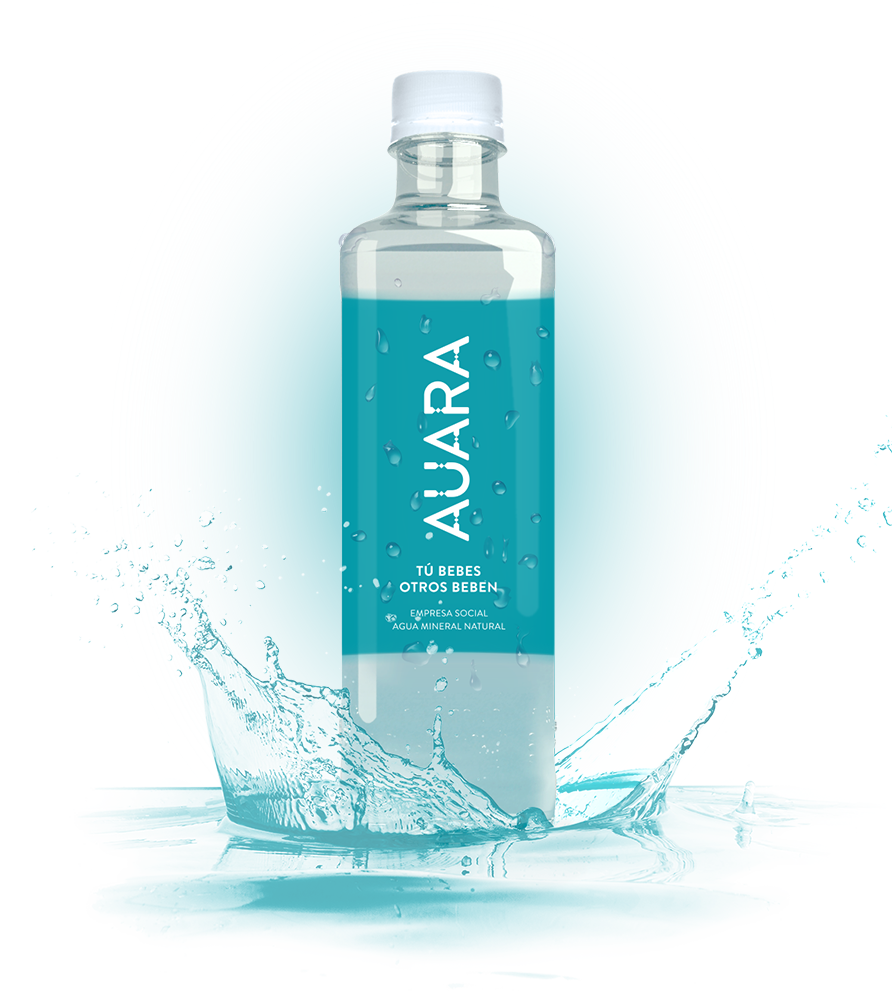 What if mineral water could help resolve the global water crisis? The idea seems counterintuitive: access to clean, healthy water has been officially recognized as a fundamental right by the United Nations since 2010, and should therefore be free. Nevertheless, this is indeed the approach chosen by the young Spanish company Auara, though not exactly in the way one might imagine. The actual concept involved is a simple one: Auara sells bottled mineral water, and 100% of its profits go towards financing access to water in both Cambodia and eight countries in Africa. In short, the consumption habits of developed countries serve as a tool used to help solve the water crisis in other parts of the world.

... access to clean drinking water potentially reducing disease levels by up to 80% ...

The decision by Auara's founders – Antonio Espinosa, Luis de Saned and Pablo Urbano – to launch their social enterprise was based on a simple observation: according to WaterAid, more than 700 million people around the world do not have access to clean drinking water. Additionally, and according to Unicef, more than 1,000 children die each day from medical conditions linked to the consumption of unclean water. Hence the idea of "transforming an everyday activity such as the drinking of water into an extraordinary act", as the company states on its website. And hence, also, the decision to become a social enterprise in the sense provided by Muhammad Yunus (winner of the Nobel Peace Prize in 2006, and the person responsible for first developing the concept of social business), namely, a business that has a social objective and does not pay dividends: all profits instead go towards financing new projects. Auara does not allocate its funds to NGOs. Instead, the company itself gets directly involved in projects led by partners on the ground who know the lay of the land and are able to ensure the schemes' longevity. Today, there are nine projects underway in Africa (in Morocco, Sierra Leone, Benin, Cameroon, Congo, Uganda, Malawi and Ethiopia) and Asia (Cambodia). Each consists of three main components: access to clean drinking water, sanitation and agriculture. In may cases, this involves restoring existing wells and constructing toilets in villages and schools located in remote areas. The intended impact is, of course, to provide improved sanitation, with access to clean drinking water potentially reducing disease levels by up to 80%. But there are also economic and social impacts too, primarily due to the increased school attendance rates that result from children being ill less often, and because most of the projects encourage greater economic independence for women. Between now and 2020, the company plans to invest 2.5 million euros in socially impactful projects and provide access to clean drinking water for 50,000 people.

Auara is also making a certain number of commitments at the other end of the chain, i.e. at the Spanish consumer end. Firstly, the company's bottles are made from 100% R-PET, a recycled plastic – targets for 2020: reuse the plastic from 90 million bottles and save 10 million liters of oil that would otherwise have been used to manufacture ordinary PET. Additionally, and in what is a still an all too rare little extra touch, the bottles are equipped with braille labels for the benefit of the blind and visually impaired. And finally, to encourage people to "drink better", the brand provides a scannable QR code on each label to enable consumers to find out exactly where their money goes and what it is used to finance. This is because, for an enterprise like Auara, consumer engagement is the key to success: the more bottles it sells, the more project financing it is able to provide. And it is for this reason, too, that the company has launched the hashtag #crisisdelagua (#watercrisis) on social networks and is encouraging internet users to post photos of glasses of dirty water as a way of symbolizing the situation of the 700 million people with no access to clean water and raising awareness about the problem. The campaign has received the support of a number of well-known Spanish celebrities, including Pedro Almodovar's favorite actress Rossy de Palma.

In Amharic, a language spoken in Ethiopia, Auara means sand storm. The revolution the Spanish company is proposing, however, is a soft one: use the tools of capitalism to reduce inequality with respect to access to water. As it states itself on its website, “as a social enterprise, Auara combines the best aspects of businesses and the way they operate with the best aspects of socially oriented NGOs.”