He succeeds Philippe Vasseur, who leaves Réseau Alliances after thirteen years as President. 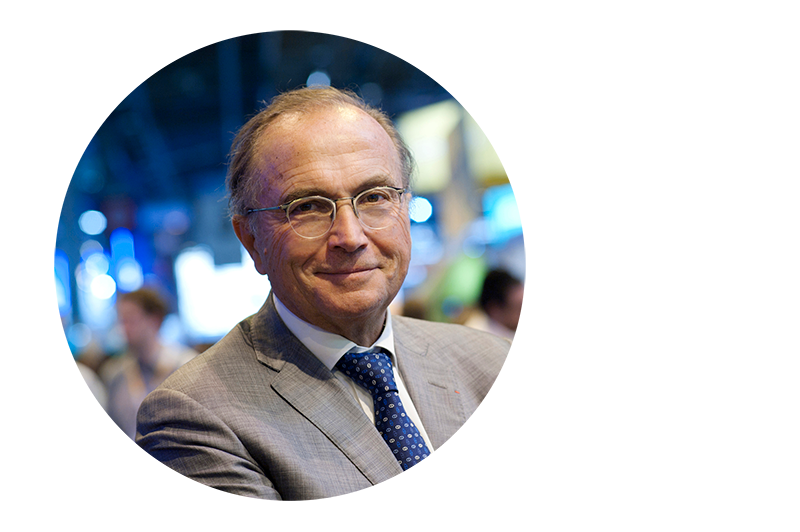 Originally from Lille, Jean-Pierre Letartre is a graduate with a DEA in business law, accountant and external auditor. He joined Ernst & Young audit firm in 1985 before being appointed in 2008 as Chair and CEO of the group. He stimulated a new dynamic in the company by introducing new technologies into services offered and initiated a profound transformation of management methods.

Very much involved in promoting entrepreneurship in France, Jean-Pierre Letartre assumed the leadership of the Centre des Jeunes Dirigeants (CJD) [Centre for Young Managers] of the North in 1989. In 1993, he established the Entrepreneur of the Year Award and in 1996 "The Entrepreneurs Academy," dedicated to exchanges between business leaders. In 1999, he published his first book entitled "What are you Waiting for to be an Entrepreneur?" before writing with the MEDEF in 2006, "The Ambition to Grow, in Entrepreneurs' Own Words." In 2007 he co-founded "Citizen Entrepreneurs" an association with global outreach which organises the entrepreneurs' G20 every year.

Having been a member of the "Entrepreneurs, Enterprise and Society" committee of MEDEF for several years, he joined MEDEF's executive board in 2013 and led the "France 2020" project to outline the prospects for our economy. As head of a major international company, Jean-Pierre Letartre has always felt strongly about promoting a new vision of social responsibility and has implemented many measures in favour of the environment, diversity and gender equality.

His deep understanding of the entrepreneurial world, his social and regional commitment as Chair of the Committee of Greater Lille, offer Jean-Pierre Letartre a unique position from which to observe the economic activity of our region. It is, therefore, quite natural that he should succeed Philippe Vasseur, and in January 2019 he assumed the Chair of Réseau Alliances, the network for Entrepreneurs for Responsible Growth of the Hauts-de-France.